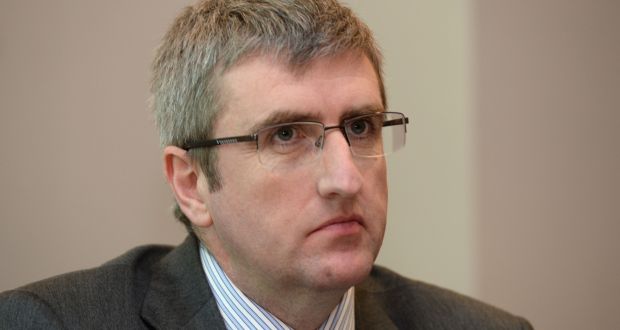 29 May Should the State Stop Building Social Housing?

Posted at 08:46h in Social Housing by Irish Homes

Housing associations – voluntary or charitable housing bodies – have been operating in Ireland since the 1890s, yet up to the 1990s they were small fry in the housing sector. They largely provided specialist housing for those with particular needs, people with disabilities, the elderly or homeless people.

However, since the start of the century the profile of these not-for profit housing organisations, and their rate of production, has been transformed to a point where they now own more than 30,000 social houses and apartments. Since the downturn they have outstripped local authorities in the construction of new mainstream social homes.

These associations, officially known as approved housing bodies (AHBs), have proved adept at financing, building and managing estates, often where the State has failed.

The Government has set AHBs a target of providing one third of social housing under Rebuilding Ireland, but is that target more modest than it should be? Is it time for the State to take a back seat and allow the professionals – the AHBs – to take over?

“Housing associations are agile, innovative, more single-purpose organisations than local authorities, who are managing a whole lot of things other than housing. A lot of people in the sector have worked their whole lives in housing and have built up a lot of expertise,” says Irish Council for Social Housing chief executive Donal McManus.

The property crash did not bring housing associations to a standstill in the same way it did local authority housing divisions. Paradoxically, this was largely due to government cutbacks which ended 100 per cent grant funding of housing, says McManus.

“The 100 per cent capital funding is more susceptible to boom and bust. From 2010, a new mixed funding model emerged where 70 per cent of funding was to be borrowed from the Housing Finance Agency (HFA) [the State’s finance agency] and private sources – banks or other financial instructions. It still had to be paid back, but it meant housing associations could still access finance when the local authorities could not. The larger associations decided to gear up, brought in more expertise in housing development and housing finance at a time when local authorities were reducing staff.”

He says other opportunities arose in the glut of unsold and half-built homes in “ghost estates”, and in the availability of tradesmen with time on their hands.

“A lot of work was done by housing associations to salvage property caught up in the housing crash – in going into ghosts estates, mopping up unsold affordable housing and managing it on behalf of local authorities for social housing, and also working with the private sector at a time when there wasn’t much construction work.”

The ability to raise funds has been a major boon, says Simon Brooke, director of policy with Clúid, the State’s largest housing association, not only in the provision of housing but in its management. “We have sinking funds to pay for long-term renovation – for example, a roof might need to be replaced after 30 years. Local authorities can’t do that; they have to apply for special funding. The process of applying for that funding is very difficult, so renovation just doesn’t happen.”

He says there is “no incentive for local authorities to act efficiently and effectively”.

“It is in our interest to choose better fittings which will last, such as better boilers which won’t be the cheapest but will be more efficient and last longer. We have an incentive to keep up the maintenance. Local authorities have no incentive to look after dwellings in an effective way. If they were funded by loans rather than grants they would be on a much more financially stable footing.”

Dublin City Council is the State’s largest provider of social housing, but even it can’t keep pace with the housing associations. When 2018 figures are finalised, the council expects to have built 178 homes, a little over half of the 312 due to be completed by housing associations.

“A lot of what’s happening now is going back to the period 2015-2016 when there wasn’t much money around. There certainly wasn’t money for the local authority, and AHBs were able to get access to private funding and the HFA. So at that stage we gave away a number of our sites to approved housing bodies, and they are coming to fruition now.”

However, he says the council management meets opposition from some councillors to the disposal of State land to housing associations.

“Some of this is ideological, but we are not ‘giving away’ State lands. They are not private developers. The housing is effectively the same as the local authority’s, it’s going to remain social housing.”

Ideological opposition to the use of AHBs comes largely from the left in politics centred on the belief that the State should be providing housing. Yet councillors of all hues, even those involved in and supportive of housing associations, will complain that these organisations are less accountable to them than the local authority, and less likely to respond to their representations on behalf of constituents.

Mainstream politicians have also had another argument with housing associations, and it is over the feature that has made them most distinctly different from local authority providers – tenants can’t buy their homes.

Tenants of council houses have been able to buy their homes from individual local authorities since the 1930s, and a national scheme for the sale of council houses was introduced in 1973. The current purchase scheme allows tenants discounts of up to 60 per cent on market values.

“One of the key weaknesses of social housing policy is that local authorities have to sell if a tenant applies and meets the criteria. It’s crazy: it’s pouring money out of one hand and into another,” Brooke says.

He says if such a scheme was replicated among housing associations, it would put them out of business. “Selling our stock, particularly at those sorts of enormous discounts, would affect our funding. It would put us in a very difficult financial position with our lenders.”

It’s a sentiment McManus shares. “Two-thirds of all council housing ever built has been bought out, and we now have about half the European norm of social housing. Our policy is to retain our stock.”

Kenny, however, is in favour of tenant purchase.

“There would be a lot of people in the local authority system who would say tenants in local authority housing shouldn’t have the right to buy, but I would always make the point that without the tenant purchase scheme we would have a lot more troubled estates than what we have now.”

“In areas like Ballyfermot, Crumlin, Cabra, with very high numbers of social housing, the tenant purchase scheme made a huge difference. It gave people an opportunity to get an asset, made available a whole lot of second-hand houses for a lot of people. Middle-class people moved into these areas. So there were a lot of advantages to the tenant purchase scheme. It made a big difference to those larger housing estates.”

Apart from this, Kenny said it was largely immaterial whether a home was council or housing-body built.

He was “neither for nor against” AHBs taking over the provision of social housing but he says now is not the time for the move.

“We are not getting out of the business of providing social housing. It’s a balance. Rather than having us do it all the AHBs bring other dimensions, and the local authorities have in the last few years become a more of a facilitator. I have nothing ideologically against the idea, but we are not at that stage yet, and we have no policy to stop building social housing.”

McManus agrees the time has not yet come for the local authorities to leave the pitch. “In the short term we need local authorities because of the sheer scale of the housing crisis. The shortage is such that we need all hands to the pump.”

However, he said he could in future see local authorities having a more “enabling role” in the provision of social housing.

“Ultimately if we want to get people housing from the waiting list we have to be pragmatic in terms of who offers what. The housing associations can bring the loan finance and the private finance, and the local authorities bring the sites and the tenants – it’s a question of working together.” 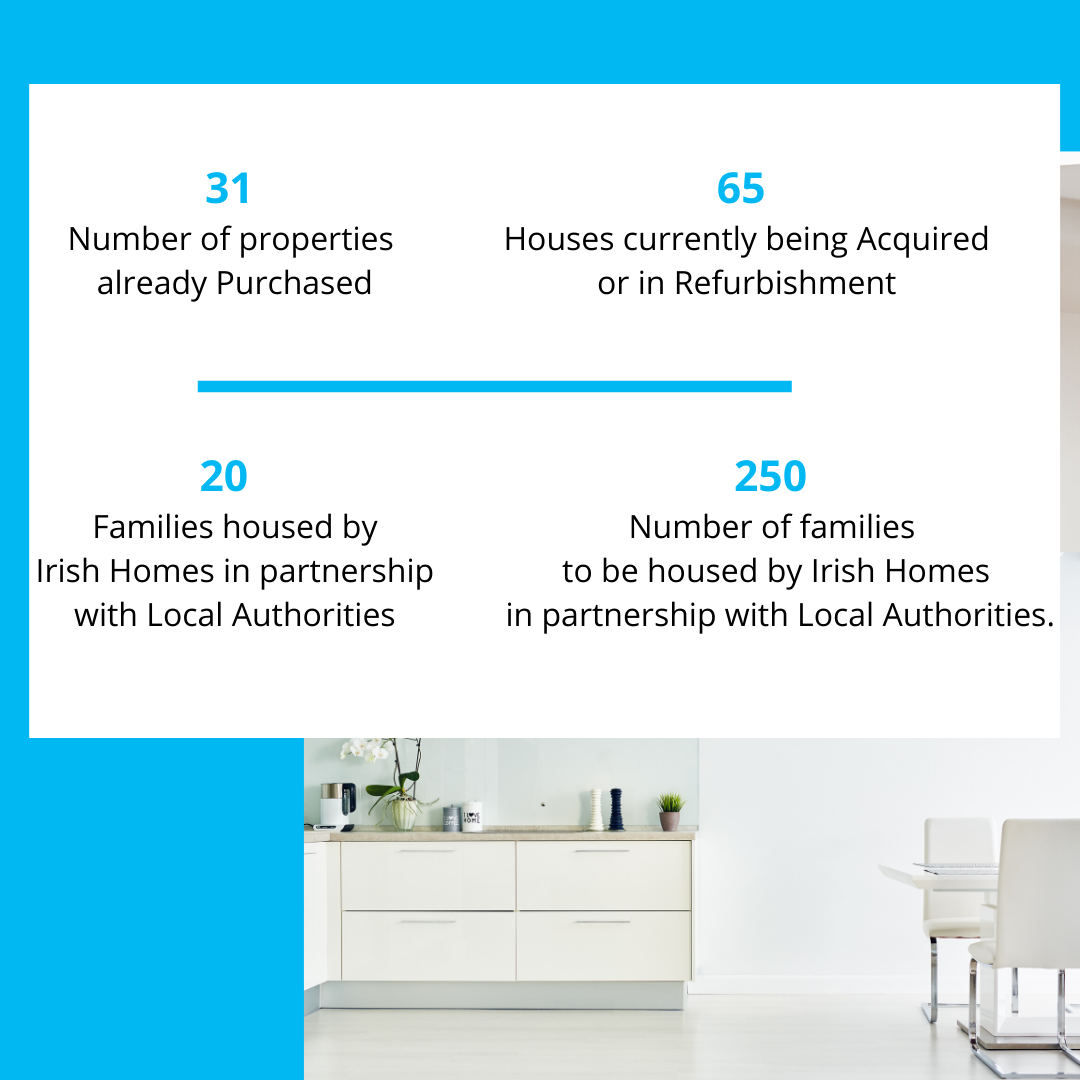